“Peter Marshall, the great evangelical preacher, once said that we need “faith like potatoes” – plain, simple, real faith that will sustain us in our everyday lives. Whenever I pick up a potato I remember those words. That’s the kind of faith I want. When we have faith and act on it, God will come through for us, no matter what our circumstances. God is King!”
― Angus Buchan, Faith Like Potatoes: The Story of a Farmer Who Risked Everything for God

I love this movie. It is the true story of Angus Buchan. An African farmer of Scottish descent that found his way to God and had enough faith to plant potatoes during a time of drought because God told him to.  I am still struggling at times to have faith in God, but He is showing me that there are times when the things we want the most are growing where we cannot see them and if we just have enough faith… they will be beyond anything we had hoped for.

For anyone who wants to shield their children from some rather harsh, real-life events you may want to consider if you want to show this or not to them, but if you find all Disney movies approved for them, the scenario is as seen in more than one Disney movie.

However, I love this movie because it’s true- our faith needs to be a sustaining faith and through God, it can be!! Enjoy!

You can see it at iTBN here http://www.itbn.org/index/detail/ec/1pNW8wMzoZPamWuHNvmRzOK5nJoY8k6k 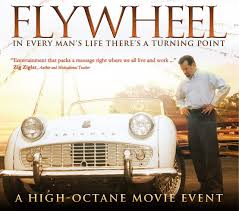 This was the first movie by Sherwood Pictures- the church based group that also did Facing the Giants (one of my favorites), Fireproof, and Courageous.  It is about a used car lot owner who had been devious with his ways but decided to give his life to God and went honest. The movie shows his struggles and God’s ultimately rewarding him for “delighting [himself] in the Lord.”

Even though it seems a little amateurish in the production, the message is still just as strong. I haven’t been delighting myself in God for I’ve felt like He couldn’t even see me.  I haven’t been believing but the movie reminded me of one of my favorite verses… but in context.  Wow! Mind. Blown! Amazing how we can allow ourselves to forget His Word and the promises found therein!!!!

Delight thyself also in the Lord: and he shall give thee the desires of thine heart. Commit thy way unto the Lord; trust also in him; and he shall bring it to pass.  And he shall bring forth thy righteousness as the light, and thy judgment as the noonday. Rest in the Lord, and wait patiently for him: fret not thyself because of him who prospereth in his way, because of the man who bringeth wicked devices to pass. Cease from anger, and forsake wrath: fret not thyself in any wise to do evil. For evildoers shall be cut off: but those that wait upon the Lord, they shall inherit the earth. Ps 37:4-12

In light of the recent event in Connecticut, I felt I needed to point this movie out to anyone struggling with forgiveness or harboring anger/hatred in their heart.

Although the movie blends fact with fiction in terms of the main protagonist/family being fictional, the main facts remain true. The Amish community that suffered the loss off children at the hand of a gunman in their schoolhouse quickly extended forgiveness to him (although he also committed suicide that day) and his family to the astonishment of the world.

What unfathomable pain and suffering that mirrors the CT shootings!! But that very day, it is reported that members of the Amish community reached out to the gunman’s family. Some even attended his funeral.

Spoiler alert! Skip the next paragraph if you don’t want to know.

One of the scenes that struck me the most was during group therapy. The widow of the gunman asked how can they forgive her husband for the unimaginable horror that he committed? One mother replied that the absence of her children singing in the morning reminded her that they were dead and anger and hatred would well up inside her until she thought she wouldn’t be able to take another breath. She then gave all of it to God and found she would be able to breathe again. Sometimes she had to do it again the next hour, but she didn’t know how she would ever breathe again if she didn’t forgive and not give all of that to God.

Forgiveness frees the person who was wronged. Forgiveness freed me when I was harboring anger, bitterness, and hatred for Ex #1 and his friends who claimed Christ but gossiped, judged, and abandoned me when I was hurting more than I ever had before. I know my loss was nothing like the loss all those parents have and my loss was actually my most important gain. Nevertheless, I know my God met me where I was and I know He can meet anyone who is hurting, suffering, angry, or bitter.

This film is definitely a tear jerker, but the journey it takes you on is filled with God’s love that surpasses what we humans are capable of on our own. He can take all negative feelings and replace it with His love. He can mend what had been broken in a way we never expected but is so much better than we could have thought. He truly is able! He loves you! He is here for you!