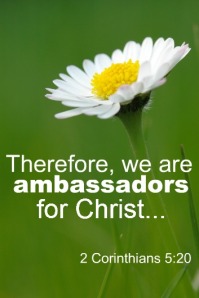 This week has been a tough week for the United States. Between the bombing in Boston and the explosion in Texas, many people in this country are grieving and recovering from tragedy. For those of us in New England, the tragedy is still unfolding.

Personally, I know several people who were running in the marathon this past Monday, several more who were near the finish line cheering on the racers, plus I have friends and a couple of relatives that live within blocks of where the bombings occurred. Today, most of Boston and many of the surrounding communities were in lock-down. Although my place of work was open, many of the businesses around us were not. Several of our employees could not come in to work because they live in the lock down zone and were ordered to stay in their homes. Others could not come in because the entire MBTA (our public transportation system) was shut down. Even the taxi services weren’t running for a large part of the day. Although I live a bit outside of the area that is on lock down, I must have seen close to thirty police cars on my way to work. A co-worker sent me a picture of a soldier patrolling the street right outside her window. It is the type of thing that one might expect to see in a war zone, but not in our own backyards.

Yet in all of this, heroism and selflessness abound. It is important to remember that the love of God continues to flow in calamity. He continues to reach out through the hands and feet of countless ordinary citizens; volunteers, donators, EMTs, first responders, nurses, physicians, surgeons, and law enforcement. For every psychopath or terrorist, there are hundreds of compassionate hearts that are moved to action. We have all read the stories of every day citizens who came together to offer food, blankets or a hug to someone lost in their grief. We’ve seen the pictures of untrained hands pinching off the femoral artery to keep a victim from bleeding out. Perhaps we saw the list online of the thousands of people who offered their homes and a hot meal to those displaced in the tragedy. And let us not forget the police officers who ran towards the location of the blast (not knowing if there were more bombs that would go off), while everyone around them ran away. Or what about the doctor who was exhausted from having run and finished the 26.2 mile race? After the bombs went off he immediately ran to Mass General Hospital and within 90 seconds of arriving was scrubbed in to surgery. 48 hours later, that surgeon was still performing surgeries for the victims of the marathon. He was in surgery almost non-stop for over 48 hours after he had just run a marathon! There are heroes among us. Real people, living real lives. Tired, hurting, fallible people, who go beyond their normal physical and emotional limitations to reach out to those around them.

Those acts of heroism do not negate the grief or right the wrong, but they are reminders of love and humanity. Reminders we desperately need at times like this. When we grieve, God grieves with us. I believe He feels the pain that we feel. When we are hurting, He hurts with us. When Jesus walked the earth, He was filled with compassion and time and time again, He reached out to touch the sick and hurting. He brought restoration to people.

People can serve without knowing Christ, but can we truly know Christ without serving? If we claim to know Him, we should be on the front lines of service. When horror strikes close to home, it is then that our friends and neighbors need us the most. I want to encourage all of us to serve one another in humility and love. Reach out to the hurting, donate to the destitute, offer a couch to the displaced, pray for the grieving. Be His hands and His feet and His mouth and His listening ear.

Be an ambassador for Christ.